I was always the kind of girl who would never step outside the house without wearing kajal. I’ve tried kajals from various brands such as Maybelline, Lakme, Revlon and Faces but didn’t really find anything better than the Plum Nature Studio Kajal!

Nykaa has been launching tons of new products and the EyeM Black Kajal is one of them. This seemed pretty similar to the Plum kajal, so I decided to give the Nykaa one a shot! Keep on reading to find out how this kajal fared on me! 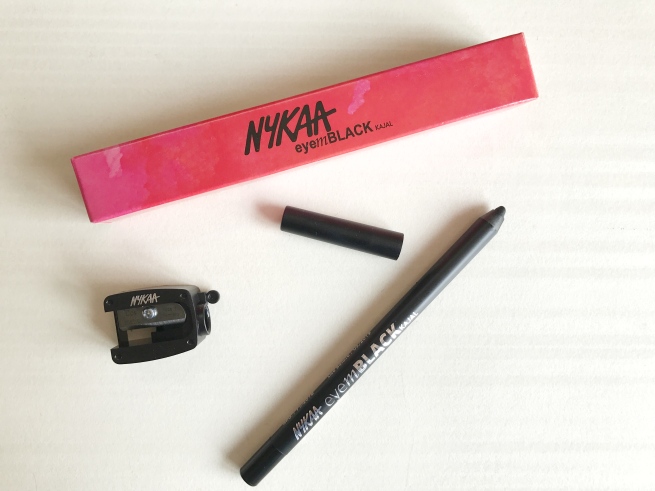 The Nykaa EyeM kajal is jet black and is super pigmented! A lot of kajals tend to last for a while on the lash line, but very few of them actually last on the waterline. So I tested this one mainly on my waterline and I was so impressed! It lasted the entire day on my waterline and stayed as black as it was when I put it on! Though it did smudge a tiny bit around the outer corners of my eyes, but that is something I can ignore since my eyes are really watery.

As for the lash line, the kajal stayed put for more than 12 hours after which I removed it. Since I’ve really hooded eyes, most of the kajal eyeliners tend to get on my eyelid and so did this one! Even though it got on my eyelid, the intensity of the kajal lasted throughout the day. 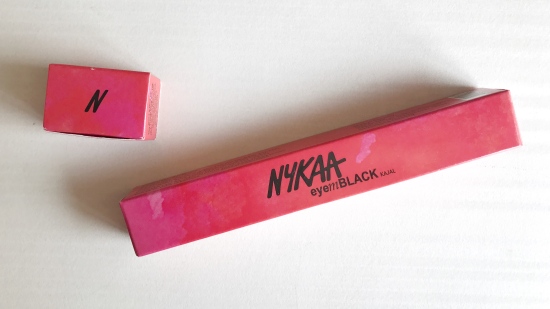 I wouldn’t say the kajal is 100% smudge proof, but its staying power is something I’m amazed with! The kajal is creamy and very easy to apply; there won’t be any tugging whatsoever. It also isn’t creamy to the extent that it gets difficult to sharpen it. It also comes with a free sharpener, which is great as well! It isn’t exactly waterproof but is definitely water resistant.

As I mentioned earlier, I absolutely love the Plum Nature Studio Kajal and hence I decided to compare it with the Nykaa one. Both of them lasted similarly on my waterline, but the Plum kajal did not get on my eyelid when used as eyeliner. The Plum kajal is definitely more smudge proof.

Let us sum up the pros and cons now!

Go for it if you want a kajal for your waterline! If you want something that can be used as an eyeliner as well, I would suggest you try out the Plum Natur Studio Kajal